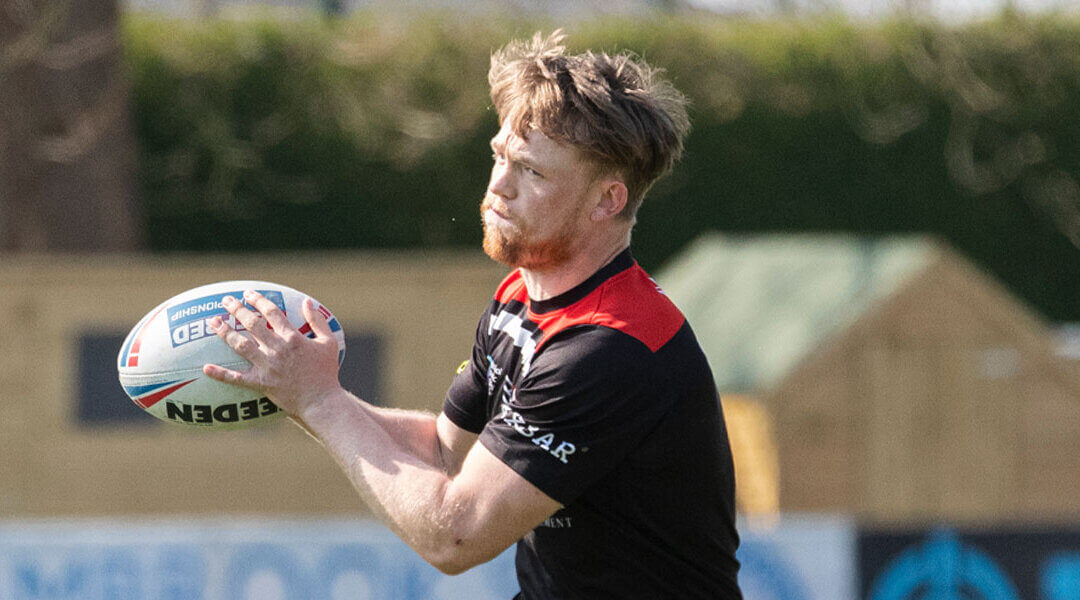 It will be a family-affair for the Astons this weekend.

The Broncos travel to Sheffield Eagles in the Betfred Championship on Saturday (3pm).

It is another opportunity to pick up points. But for the Aston family there is an added twist.

Broncos’ scrum-half Cory Aston’s father Mark is the Eagles head coach and holds the club record for the highest number of first-team appearances.

It is not the first time Aston has gone toe-to-toe with his father professionally.

Four years ago, the 26-year-old played against his father’s Eagles while on loan at Featherstone Rovers and Bradford Bulls respectively.

And Broncos’ fans will be pleased to know both games ended in victory for Cory – and he is looking for a third straight win against his father at the weekend.

“I’d love to make it three wins out of three,” said Aston. “I’m very close with my family and speak to my mum a lot.

“She wants Sheffield to win but for me to score a hat-trick – I’m not having that! My dad’s confident, Sheffield have been playing well this season. We’ll speak to each other the night before the game and I’m sure he’ll do his best to get a few snippets of information out of me, which he won’t get.”

Rugby has been a big part of life for the Aston family for as long as Cory can remember.

“I’ve had a rugby ball in my hands since I could walk,” said Aston. “Sheffield Eagles has been a huge part of my life – my dad has obviously played and coached there, and I’ve played for the club too.

“While the club means a lot to my family, I’m looking forward to playing against them. It is a shame COVID-19 has prevented another family occasion, but you must be realistic with everything going on in the world right now.

“We’re capable of winning. Against Oldham, we showed glimpses of what we are capable of, but I still felt we were rusty at times. We were pleased to put 38 points on the board, but equally disappointed to concede 24.”

Since relocating south to play for the Broncos, Cory and his wife have settled into London life and recently welcomed their first child to the world.

The birth of his son has left the Sheffield-born player feeling grateful for the life he lives.

He added: “I wanted to play under Danny (Ward) and was really impressed by the team ethos and how the club is managed before signing. Myself and my partner wanted to experience London life too.

“I had a great pre-season before 2020 and then COVID-19 obviously hit. My wife and I stayed in London during lockdown, and we welcomed our son to the world a month ago.

“It’s amazing and the change of the last year or so has left us both feeling very grateful for everything we have.”

You can watch every moment of the Broncos’ match against Sheffield Eagles on Saturday via a live stream of the game by purchasing a matchday pass here.