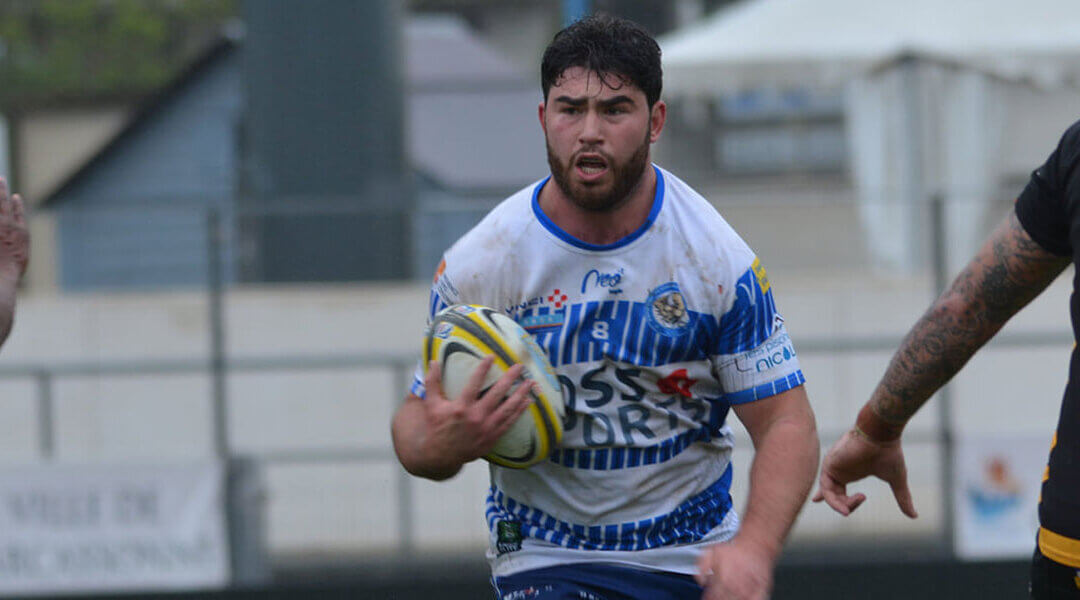 London Broncos are pleased to confirm the signing of Patrick Moran from Elite One Championship club Sporting Olympique Avignon until the end of the season.

The 23-year-old prop has arrived in the UK and is now undergoing a 10-day isolation period.

To meet the Government’s regulations for countries on the Amber travel list, Moran must return two negative COVID-19 tests during his isolation period before he can join the squad.

Moran described signing for the Broncos as a great opportunity, adding he shares the club’s collective ambition to win promotion back into the Betfred Super League.

“The Broncos have such a great history and I’m really excited to get going,” said Moran. “My time in France with SO Avignon has been fantastic and I’d recommend playing abroad to any player wishing to fulfil a new life experience.

“But when the opportunity to join the Broncos was on the table I didn’t hesitate. I feel like I’ve been playing well recently and hope to make a positive impact on the club and its ambition to get back into the topflight.”

Moran is of Irish heritage through his grandparents and has represented his country at international level.

He was raised in Wigan, though, and signed his first professional contract with Warrington Wolves in 2017. Loan stints with Rochdale Hornets and Sheffield Eagles were followed by a permanent move to Widnes Vikings in 2020 before he joined SO Avignon.

“It should be quite easy to fit into the squad as I get on well with all four of my new teammates I’ve played with in the past.

“Playing full-time Rugby League will really help me to develop my own game and moving to London is something I’m extremely excited about. After a strange year with COVID-19 and my move to France, I’m really excited about this new adventure and cannot wait to get going.”

London Broncos Head Coach Danny Ward added: “We’re really pleased to have Pat on board and we’re looking forward to working with him.

“He is someone we have looked at for a while, he’s been playing well in France so should be ready to go when he arrives in London. Pat will add some much-needed competition for place in our middle.

“It’s an area we have been looking to strengthen for a while.”