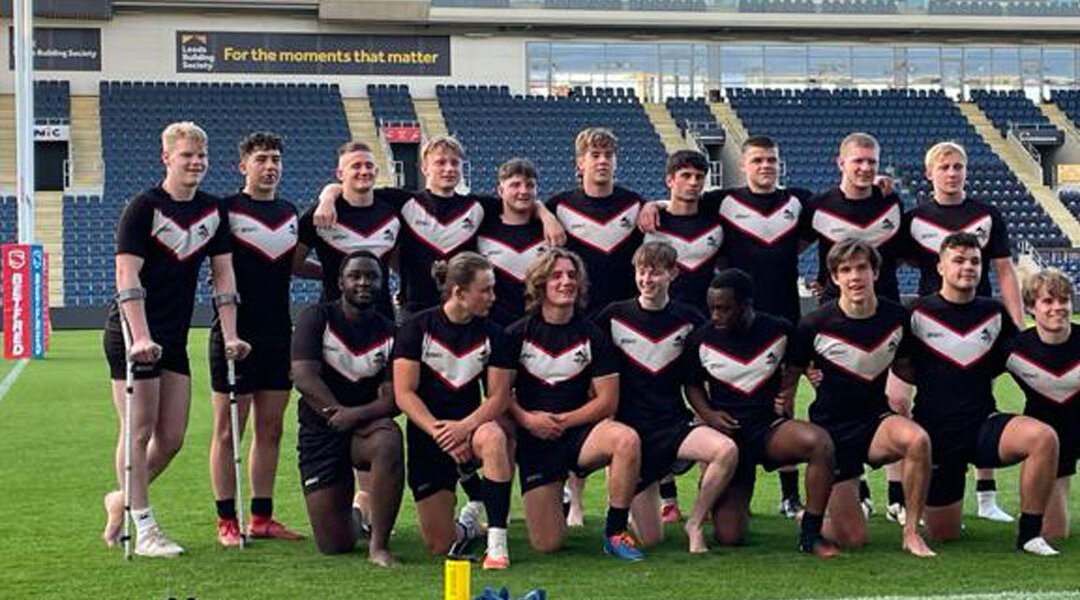 Broncos Scholarship U16s hosted the Rhinos at Richmond Athletic on Sunday afternoon. It was the first Broncos’ youth game in front of a crowd since COVID-19 restrictions were eased.

A strong Rhinos team left the capital having won 48-8 with a good number of supporters from both teams present.

On Wednesday evening, Broncos Scholarship U17s played at the prestigious 21,500 capacity Emerald Headingly Stadium for the return fixture against the Rhinos.

Trailing 28-12 at half time, Scholarship U17s battled until the final hooter to eventually lose 44-24. There were encouraging performances from Euan Parke whose strong ball carrying and dominant defensive contact stood out.

Powell was encouraged by the two performances and said it was a good experience for the players.

“Playing at Scholarship and Academy levels is purely about development,” he said. “Sunday was a great learning experience for our U16s players, many of whom were playing their first game at this level.

“Both teams were well supported, and we were pleased to be able to finally welcome spectators back to Richmond Athletic.

“The Rhinos put out an equally strong team on Wednesday evening. Playing at the Emerald Headingly Stadium was an amazing moment for all our Scholarship players. A lot of parents made the journey up and watched the game in the famous North Stand.

“While the game ended in defeat, no-one returned home disappointed. The lads performed exceptionally in the second half and we were especially pleased by the performances of Euan (Parke) and Rhys (Cotter).

“Tommy (Porter) worked hard too to secure his hat-trick. It was a real team effort and the squad has earned a weekend of rest. The rest has come at a good time as we are carrying a number of small injury concerns which we’ll need to monitor and keep on top of.”

The Broncos’ Academy return to action next Saturday, June 12, when travelling north to face Wakefield Wildcats. Broncos Scholarship U16s are also on the road and will play Bradford Bulls.