Broncos’ Academy Graduate Leyland On The Journey To Becoming Pro 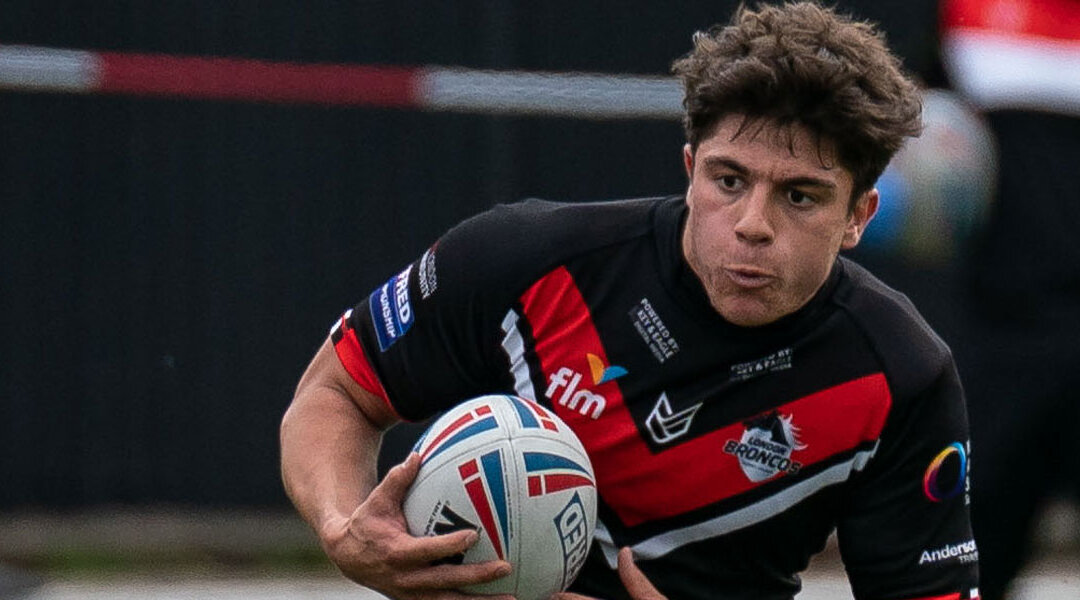 London Broncos’ Academy graduate Oli Leyland has spoken of his pride in becoming a member of the first team squad.

The half-back’s story is one of determination, commitment and passion.

And Leyland also revealed he is indebted to his parents alongside the club, for the support they gave him as a Rugby League obsessed teenager.

His parents drove him from the family home in Maidstone, Kent, to the Broncos’ Academy training base in Ealing. Combining training with school commitments meant long days.

But pulling on the Broncos’ jersey for his first-team debut against York City Knights in the Challenge Cup earlier this season made every sacrifice as a teenager worth it.

“My parents were a huge help to me during my days in the Academy,” said Leyland. “Without their support, I wouldn’t be where I am today.

“There were times when it would take us three hours to travel to a training session, and we were doing that three times a week plus matches. It’s crazy really.

“At the end of my first year in the Broncos’ Academy, I really started to believe I could turn professional. The important thing as a young player is to take your chances and never give up.

“You have so much time to learn, mature and grow in your teenage years. You have got to enjoy the game too. If you don’t enjoy what you’re doing, you won’t put the hours required in.”

After signing his first professional contract for the Broncos in time for the 2020 season, Leyland now has a much more favourable commute to training from his Roehampton base.

He said he is always keen to impress his coaches and has vowed to work his hardest for the remainder of the campaign.

Leyland added: “In the short-term, I want to play as much rugby possible for the Broncos and earn another contract for next year. I would love to represent the club for a few more seasons.

“As a squad, we have established a healthy training routine that works well for everyone. It is easy to manage and prepare for each training session accordingly and in time I believe this will reflect in our results on the pitch.

“Of course, it’s a change from my days in the Academy. I have adopted different sleeping and eating patterns so I can give every ounce of energy I have to the badge both in training and on gamedays.

“You notice the step-up as you progress through the ranks, but I am grateful for the opportunities the club has provided me as a first-team player and academy hopeful.”

Leyland will be back in action this weekend when the Broncos travel north to face Widnes Vikings in the Betfred Championship. Kick-off on Sunday is at 3pm.

Supporters can watch the game live on Our League by purchasing a gameday pass here.